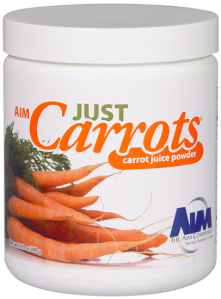 Type 2 diabetes has been called the scourge of the American public because nearly ten percent of the population suffers from it. That’s one million people altogether. It’s the seventh leading cause of death, and there is no cure.

A recent study at Weill Cornell Medical College may shed some new light on this problem.  Scientists there looked at mice who weren’t getting enough vitamin A and found that this dearth coincided with the death of pancreatic beta cells. Beta cells produce insulin which regulates sugar.

Diabetes, of course, is a metabolic disease that hinders the body’s ability to create insulin.  So what’s the connection to vitamin A? Well, they don’t quite know yet. This is a brand-new discovery

Just Carrots contains 420% of your daily vitamin A needs. So drink your veggies and get your vitamins.