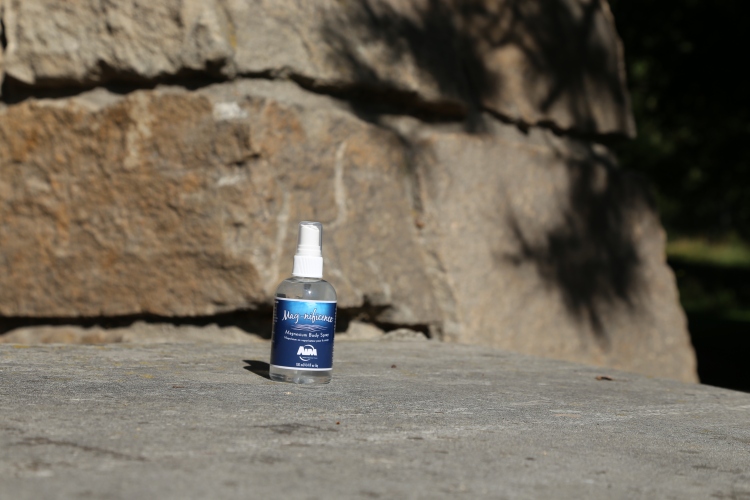 As a pain physician in Taiwan, I have seen lots of patients who have suffered from wide varieties of acute and chronic pain. After years of visiting many specialists and trying all kinds of painkillers or other methods, some patients are still deeply devastated by their discomfort, and ultimately become seriously depressed because their pain has affected their physical strength, movement, mood, sleep and even their social life. But the painkillers they are given do not ease their pain to any satisfactory level, and what’s worse, many pain medications, including a few major brand-name prescription drugs, have serious side effects, some of which may even be life threatening.

I was lucky enough to attend a speech on “Nutritional Healing and Health” by Dr. Yu-Shiaw Chen in Tainan, Taiwan in early 2015. When I asked her opinions about the treatment of pain, she introduced the AIM Mag-nificence lotion to me. I knew almost instantly that it would be effective since I have read about the pain-relieving effects of magnesium. But at that time, I wondered what a lotion could do for my patients who have intractable chronic pain.

A week later, I gave it to one of my patients, an 88-year-old lady who had been bedridden with severe lower back pain because of lumbar spine degeneration and senile osteoporosis. Because of her advanced age and a heart problem, surgery was not an option for her. For several years, I had been trying hard to alleviate her suffering with many medications and some invasive procedures, but all the drugs combined and the procedures failed to work well on her and caused annoying side effects such as stomach discomfort, nausea, vomiting and constipation. I told her to give the AIM Mag-nificence™ lotion a try as a last resort.

To my great amazement, when she visited me four weeks later, she walked slowly into my office with a quad cane instead of sitting on a wheelchair like before. She could barely control her excitement when she told me about what had happened to her. She said that she had rubbed the lotion on her back every day, and at first it did not feel good because it was too sticky on the skin. But after a week, she began to feel the decrease in the intensity of her pain. So she kept on using the lotion on her back and her feet as well. Her pain virtually decreased day by day, and she began to sit for long hours and walk short distances in the house which had been impossible for years. Eventually, like a miracle, the pain that had tortured her for so many years almost disappeared after four weeks. She and her family were so happy because she was able to move around on her own and could partially take care of herself with some daily activities. They were also happy she could gradually get rid of the drugs.

I would like to thank Dr. Yu-Shiaw Chen, AIM Chairman’s Club Director, for introducing this wonderful product to me and my patients. It really changed my patient’s life. So I would like to recommend it to all of you who have pain problems.

Shared by Dr. Bing-Shuo Chen, An anesthesiologist and pain physician in Tainan, Taiwan

Testimonials should not be construed as representing results everybody can achieve.

One thought on “Elderly Bedridden Patient Revitalized with Mag-nificence”